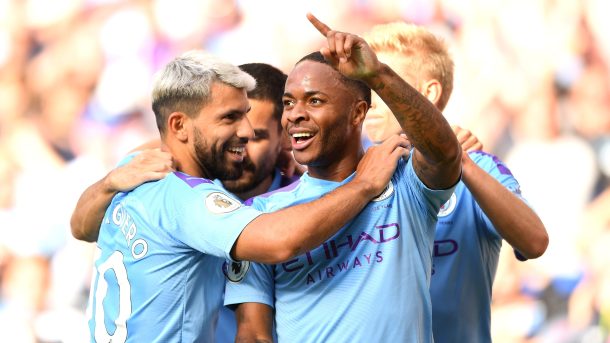 The Court of Arbitration for Sport (CAS) said that most of the alleged Financial Fair Play (FFP) breaches against Manchester City from 2012-16, which were reported by UEFA, were “not established or time-barred” and that although City failed to cooperate with UEFA’s investigation, the two-year punishment was not warranted.

CAS said the club was cleared of “disguising equity funds as sponsorship contributions” and their fine was also reduced by a third to $11.3 million. Here is the statement in full from CAS:

“The CAS award emphasised that most of the alleged breaches reported by the Adjudicatory Chamber of the UEFA Club Financial Control Body (CFCB) were either not established or time-barred. As the charges with respect to any dishonest concealment of equity funding were clearly more significant violations than obstructing the CFCB’s investigations, it was not appropriate to impose a ban on participating in UEFA’s club competitions for MCFC’s failure to cooperate with the CFCB’s investigations alone.

“However, considering i) the financial resources of MCFC; ii) the importance of the cooperation of clubs in investigations conducted by the CFCB, because of its limited investigative means; and iii) MCFC’s disregard of such principle and its obstruction of the investigations, the CAS panel found that a significant fine should be imposed on MCFC and considered it appropriate to reduce UEFA’s initial fine by two-thirds, i.e. to the amount of EUR 10 million.”

Manchester City released the following statement on the decision, as they are still in the Champions League this season and they lead Real Madrid 2-1 after the first leg of their Round of 16 clash

“Whilst Manchester City and its legal advisors are yet to review the full ruling by the Court of Arbitration for Sport (CAS), the Club welcomes the implications of today’s ruling as a validation of the Club’s position and the body of evidence that it was able to present. The Club wishes to thank the panel members for their diligence and the due process that they administered.”

Manager Pep Guardiola was shown celebrating with his staff in a quickly deleted Instagram post, while players, fans and everyone connected with the club breathed a huge sigh of relief as the ban, which was announced in February, cast a huge shadow over the club as many believed star players, and maybe Pep, could leave if the ban was upheld.

What now for Premier League clubs?

Man City will finish second in the Premier League and previously it was believed their UCL spot would be passed down to fifth place if their ban was upheld. Now there will be an almighty scrap between Chelsea, Leicester City, Manchester United and Wolves for third and fourth spot in the final three matchweeks of the season. It also has an impact on Europa League spots further down the table.

Many across the soccer landscape in Europe are now questioning whether FFP should remain, or at the very least be overhauled, as Manchester City having their entire two-year UEFA ban overturned came as a huge shock to many.

UEFA also released a statement as they admitted there was “insufficient conclusive evidence to uphold all of the CFCB’s conclusions in this specific case and that many of the alleged breaches were time-barred”.

“Over the last few years, Financial Fair Play has played a significant role in protecting clubs and helping them become financially sustainable and UEFA and the European Club Association remain committed to its principles.”