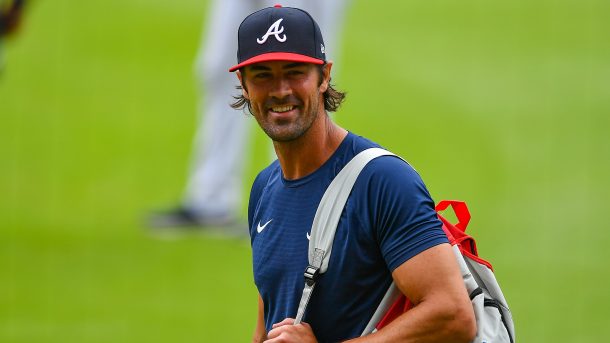 MLB.com’s Mark Bowman reports that Braves starter Cole Hamels is dealing with left triceps tendinitis. It’s the same issue that kept him out of action during Grapefruit League play in February and March before the league shut down due to the pandemic. Manager Brian Snitker said the team is “a week away” from knowing whether or not Hamels will be healthy enough to make the Opening Day roster.

If Hamels isn’t ready for the start of the season, Josh Tomlin or Kyle Wright could be candidates to start in his absence. The rest of the rotation includes Mike Soroka, Max Fried, Mike Foltynewicz, and Sean Newcomb.

The Braves open the 2020 regular season on the road against the Mets on July 24. Soroka will likely get the nod against Jacob deGrom. Hamels was slated to pitch out of the No. 3 spot in the rotation.