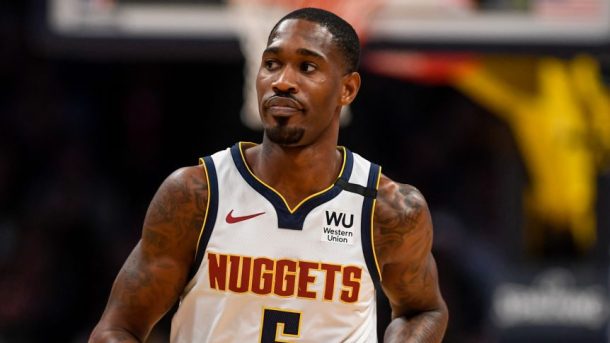 guard Will Barton said Friday that he decided against wearing a social justice message on the back of his jersey at the NBA restart because he does not believe it those actions will make enough of a real impact.

Many NBA players took advantage of the chance to wear a saying like “Black Lives Matter” or “Equality” on the backs of their jerseys for the season that will resume July 30 at Walt Disney World.

“At the end of the day, none of these platforms are going to be enough,” Barton said. “If we think just us going out there, putting names on the back of our jerseys and still talking about it in the media is going to fix anything, we’re fooling ourselves.”

The majority of players in the league, including 14 members of the Nuggets, will wear jerseys bearing some sort of message. Some, such as LeBron James of the Los Angeles Lakers and Jimmy Butler of the Miami Heat, declined the opportunity for various reasons.

“It doesn’t matter if we have a statement on the back of our jersey,” Los Angeles Clippers forward and reigning NBA Finals MVP Kawhi Leonard said earlier this week. “It’s about doing the work.”

Will Barton said he wasn’t unhappy with the options that were presented to players. There were 29 choices for the backs of jerseys, with the NBA and National Basketball Players Association saying the idea was to continue raising awareness on matters such as police brutality and systemic racism.

Barton is a native of the Baltimore area, and said he’s active where he’s from through conversations with schools and YMCAs. He believes efforts like those have more impact than putting words on the back of a jersey.

“I’m always in the trenches,” Barton said. “I’m always talking to them … so I’m just going to continue to do that.”

After Jerami Grant interview, Nuggets say: ‘Arrest the cops who killed Breonna Taylor’
NBA says MVP, other end-of-season awards based on season up to March 11