Forearm injury to cost Jordan Zimmermann most of 2020 season 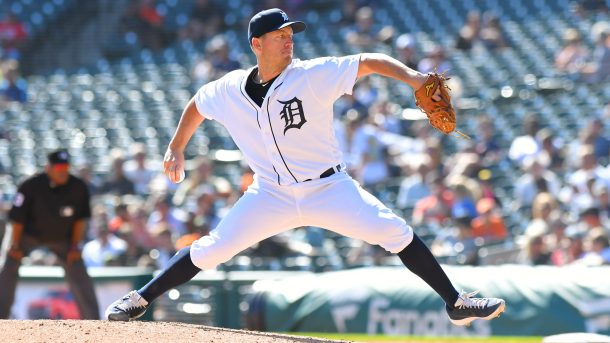 Tigers starter Jordan Zimmermann will miss most if not all of the 2020 season due to a forearm injury. MLB.com’s Jason Beck reports that the Tigers placed Zimmermann on the 45-day injured list — the equivalent of the 60-day IL for this season — due to a right forearm strain. He was scheduled to pitch in an intrasquad game on Friday but complained of soreness and was examined by team doctors, who made the determination.

Zimmermann, 34, is in the last year of a five-year, $110 million contract that has turned out disastrous for the Tigers. Over the last four seasons, Zimmermann has a 5.61 ERA and has become increasingly slowed by injuries. The right-hander suffered a sprained UCL early last season and finished 1-13 with a 6.91 ERA over 112 innings of work. He opted to rehab the injury rather than undergo surgery. As Beck notes, Zimmermann will once again attempt to rehabilitate his injury in order to potentially rejoin the team late in the season.

While the Tigers are expected to be a bit more competitive than in 2019, they are still projected to be among the worst teams in the majors. Only the Orioles,. Royals, Mariners, and Giants are projected to accrue fewer wins than the Tigers this year, per Baseball Prospectus. It might seem futile for Zimmermann to attempt to come back and make a few starts for a floundering team, but he recently said he isn’t thinking about retirement. He will, essentially, be pitching for his next contract.