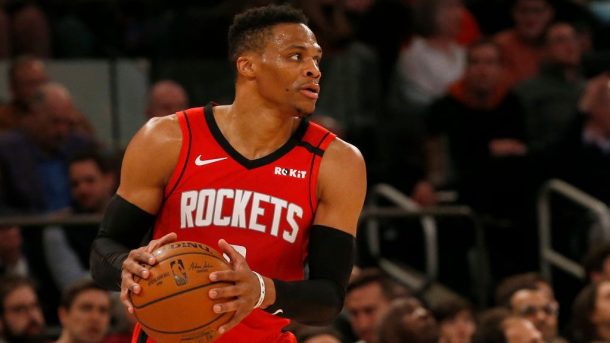 NBA players were not thrilled with the “corporate-approved” feel of the allowed social justice messages they could put on the back of their jerseys during the restart in Orlando.

The National Basketball Players Association is partnering with Russell Westbrook and his clothing line to make sure players have clothes with the message they want. Shams Charania of The Athletic broke the story.

Sources: The NBPA is partnering with Russell Westbrook’s clothing line to design social justice shirts for all NBA players to incorporate some messages that were not approved for jerseys.

Sources: Message options for new NBPA/Russell Westbrook lifestyle shirts: Systemic Racism, Police Reform, I Can’t Breathe, No Justice No Peace, Break the Cycle, Strange Fruit, By Any Means, Power to the People, Equality, Am I Next? https://t.co/N5uXh7Ss9L

Multiple players had said the messages on the NBA’s approved list were limiting. Some wanted the names of victims of police violence on their jerseys, but beyond that were the phrases such as “police reform” and “Am I next?” that the league did not allow.

Smart move by Westbrook and the union to sidestep the league.

Don’t be surprised if and when these shirts, jackets, hoodies, and whatever other articles of clothing with the phrases on them start showing up in players’ social media from the bubble.

The Rockets’ Westbrook is not yet in Orlando, he is still in quarantine in Houston after testing positive for the coronavirus. He is expected to join his teammates soon.