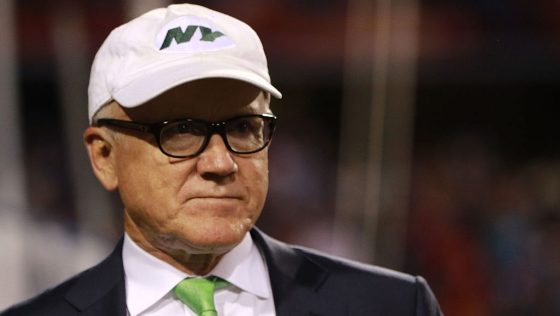 The allegations of inappropriate workplace comments made by Jets owner Woody Johnson in his capacity as the U.S. ambassador to Britain are not going to quickly dissipate, notwithstanding comments made by the league and the team calculated to achieve that result.

The Fritz Pollard Alliance, which “exists to champion diversity in the National Football League . . . through education and providing its membership with resources that will help them succeed at every level of the game,” has issued a joint statement on the situation from chairman Harry Carson and executive director Rod Graves.

“The Fritz Pollard Alliance is deeply troubled by allegations of insensitive remarks about race and gender made by New York Jets Owner Woody Johnson while serving abroad as a U.S. Ambassador,” Carson and Graves said in a statement issued early Thursday. “Allegations of this nature, if true, are damaging to the social fabric of our country and cannot not be tolerated. While only allegations at this point, they are serious. We call on the NFL to carefully monitor this situation and, if the allegations have merit, to take appropriate action and work toward rooting out such sentiments from the NFL community.”

The statement stops short of contending that Johnson should be forced to sell or prevented from being actively involved in the management of the team after his stint as an ambassador ends. But former L.A. Clippers owner Donald Sterling lost his team for racially charged comments made in a private setting. Johnson’s alleged remarks happened in a workplace setting. Sterling’s comments were recorded and indisputable; Johnson’s comments are based on accounts from those who allegedly heard them, and Johnson disputes making them.

CNN reported that Johnson, according to multiple sources, “made racist generalizations about Black men and questioned why the Black community celebrates Black History Month.” Regarding a 2018 event for Black History Month, Johnson reportedly “appeared agitated and asked if the audience would be ‘a whole bunch of Black people.’” Three unnamed sources told CNN that Johnson “argued that Black fathers didn’t remain with their families and that was the ‘real challenge.’” One source told CNN that an official who heard the comments was “stunned,” and that the incident was documented and reported.