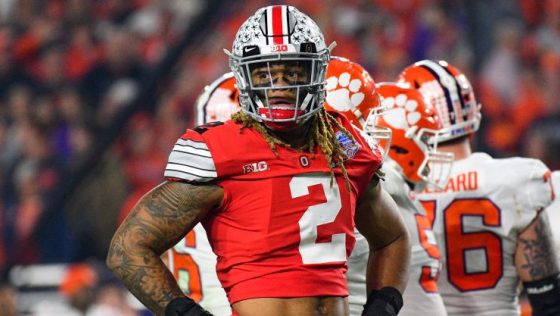 The second overall pick of the 2020 NFL Draft has signed his first NFL contract.

Chase Young posted a picture of his contract signing on social media on Thursday morning. It’s a four-year deal for the edge rusher and Washington has an option for a fifth season that would come with a fully guaranteed salary if it is exercised.

Young comes to Washington after spearheading the Ohio State defense over the last two seasons. He posted 26.5 sacks and 35.5 tackles for losses over those campaigns and had plenty of support as the best overall player in this year’s draft class.

He will join fellow first-round picks Jonathan Allen, Da’Ron Payne, Montez Sweat and Ryan Kerrigan up front on what Washington hopes will be a tough defense for opposing teams to play against for years to come.

Washington now has six of eight draft picks under contract. Fifth-rounder Khaleke Hudsonand seventh-rounder Kamren Curl are the only ones left to sign.