Henderson named FWA Player of the Year: We rank the top 10 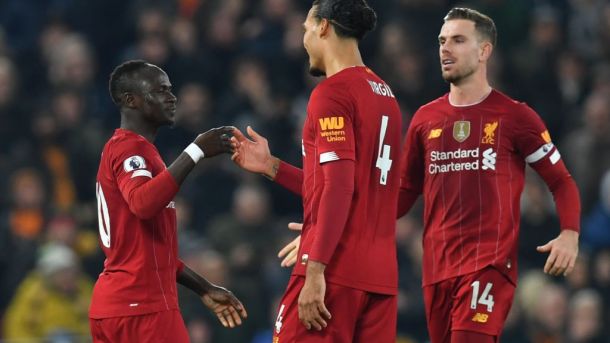 Jordan Henderson was named the FWA Player of the Year for 2019-20, as the Football Writers’ Association in the UK voted the Liverpool captain as the best player in the Premier League this season.

That has a lot of people talking. A lot.

Henderson, 30, has been instrumental in leading Liverpool’s first league title in over 30 years and their first-ever Premier League success, but has he been the best player over the course of the season?

Henderson has certainly had his best-ever season, adding goals and general quality to his play to match his insatiable work ethic in the heart of Liverpool’s midfield. Given his work off the pitch to bring Premier League players together to raise money for charity and the NHS during the coronavirus pandemic, the England international is an exceptional role model.

This FWA award is always a bit of a hybrid award and it is the reason why Henderson won it. It’s about the play on the pitch, of course, but voters also take into account who they think should be honored and Henderson is not a bad choice. But it’s hard to make an argument that he’s been the absolute best player in the Premier League this season.

Full disclosure: I’m lucky enough to be a member of the FWA and I get a vote.

I voted for Liverpool and Senegal star Sadio Mane, who delivered huge goals and assists time and time again early in the season to push Jurgen Klopp’s side way clear of the chasing pack.

The fact there is so much debate around Henderson winning this award tells you how tight it is when it comes to deciding which player deserves to be named the player of the season.

JPW’s top 10 rankings for Premier League player of the year: