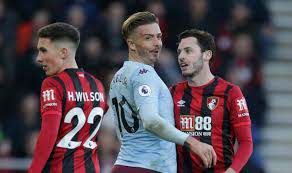 Aston Villa, Watford and Bournemouth go into the final day of the Premier League season knowing relegation is a possibility.

Two of the three teams will be relegated when the final whistle blows, as Aston Villa sit outside the relegation zone on goal difference as they have -26 to Watford’s -27 and both teams have 34 points. Bournemouth have 31 points and are on -27 in terms of goal difference.

This will be crazy and Dean Smith, Hayden Mullins and Eddie Howe will be full of nerves, dread, tension and pretty much every other emotion you can think of.

If all three teams win on the final day, Bournemouth will be relegated and then it will go down to goal difference between Aston Villa and Watford. Simply put: all three teams know they have to win to try and secure their spot in the Premier League next season and all three could easily win.

Aston Villa: Better Watford’s result OR draw and Watford draw
Watford: Better Aston Villa’s result
Bournemouth: Win and both Aston Villa and Watford lose
Aston Villa travel to a West Ham United side who aren’t playing for anything, as is the case with Watford heading to Arsenal, and Bournemouth playing at Everton.

Below the three managers share their approach heading into the final 90 minutes of the season, one they hope will be a glorious victory which leads to them being in the Premier League next season and not relegation.

“We control our own destiny and that’s what we wanted to have going into the last game,” Smith said. “The most important thing is to be above that dotted line on Sunday and we know we have to win to guarantee that. We’ll be going all-out to win.”

“Nothing changes now going into the last game of the season,” Mullins said. “We still have to get a result whether it’s a draw or a win. Nothing really changes in that sense it’s just now out of our hands. We can only prepare for what we can prepare for and that’s to get ourselves in the right frame of mind to try and get a result on Sunday. We can’t really think about different permutations or try and set up for that, we need to get ready for what we need to do.”

“The next game is the biggest game of all our careers and we’re going to do our best to win it,” Howe said. “My commitment to the club has never changed and I’ve done my best for it since day one. Controlling our emotions is going to be key. You have to be in the moment and we need the players to play the game they’ve always done and do so to a very high standard.”

Which Premier League team, player has ‘won’ the restart?
Henderson named FWA Player of the Year: We rank the top 10