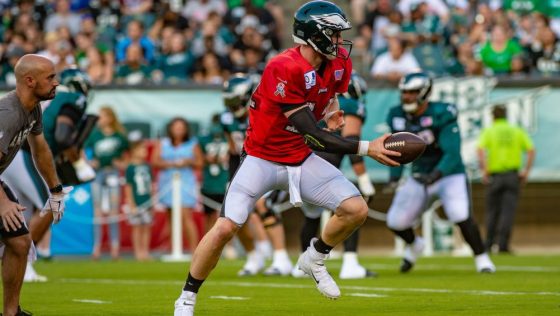 Texans head coach Bill O’Brien recently shared his opinion that this is going to be a difficult year for young players to make strong impressions because the remote offseason program and cancelled preseason games give them fewer opportunities to show what they can do.

Others have shared similar sentiments, but Eagles head coach Doug Pederson said on a Monday conference call that he believes “there’s going to be a rookie or two that really steps up and performs” despite the obstacles. He also said that it is up to him and the rest of the coaching staff to make sure practice can take the place of what’s missing this summer.

“I’ve got to do maybe some more scrimmages and put our young players, put the guys we need answers on in those situations,” Pederson said. “I’ve got to come up with ways of having game-like situations in practice because we are missing the preseason games. It can definitely be done. We’ll be creative about it as a staff and we’ll eventually have the answers we need at the end of camp.”

Creative solutions will be needed throughout the league on several fronts in the coming weeks and months and those that come up with them will likely do the best job of weathering this unusual season.

No player tryouts, for now
Joe Douglas: Jets are playing to win, not punting on 2020