No player tryouts, for now 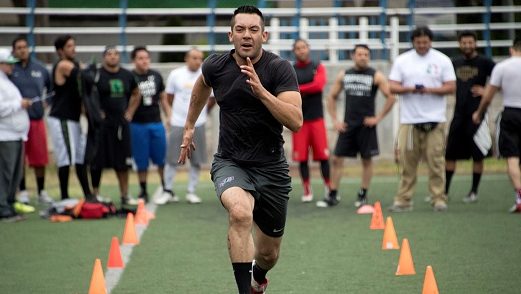 Eventually, NFL teams will regularly be bringing free agents in for tryouts. For now, they can’t.

The memo issued by the league on Friday to all teams specific that, for now, teams may not conduct any tryouts, either at the team facility or elsewhere. Eventually, the NFL’s Management Council will issue a memorandum regarding issues like free-agent tryouts, free-agent signings, player acquisitions via waiver or trade, and players who report for camp later than July 28.

Before that memo is issued, any team that plans to sign a free agent without a tryout or that acquires a player via waivers or trade must contact the Management Council in advance before the player is permitted to enter the team’s facility.

This is part of the effort to ensure that the virus is kept out of a given building, and that any player who shows up at the facility has been appropriately tested. As a practical matter, this concern will complicate the inevitable churning of the bottom of the roster and/or practice squad.

It’s possible that tryouts will happen virtually or with only team personnel present who are kept away from the team facility. It makes little sense to have a tryout player show up several days early and pass multiple COVID-19 tests getting a chance to win a roster spot, and it will make a ton of sense to create a procedure that permits teams to do what they do every year — routinely bring players in for a tire-kicking, either to address current needs or in anticipation of future roster requirements.

Who else will opt out for 2020?
Eagles have to “come up with ways of having game-like situations in practice”