Joe Douglas: Jets are playing to win, not punting on 2020 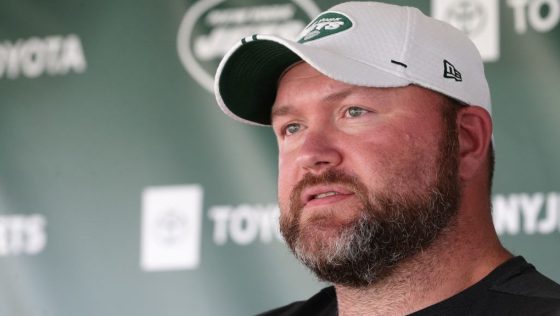 When a team trades one of its best players for draft picks, it’s natural to think that the team is prioritizing the future over the president. But Jets General Manager Joe Douglas insists that he wants to win this year.

Douglas said after trading Jamal Adams that the Jets are playing to win — just as they did over the second half of last season, when they could have tanked but instead went 6-2 over the last eight games.

“You’re gonna see a team that’s very hungry and has a lot of desire to prove that a 6-2 finish was not a fluke against ‘soft schedule,‘” Douglas said, via NJ.com. “You’re going to see a team that has a lot of fire and motivation. So I would disagree that we’re punting on 2020.”

Douglas also said that just because Adams badmouthed the team and then was sent packing, that doesn’t mean other players will do the same.

“I certainly don’t think this is a precedent for a player to shoot his way out of town,” Douglas said. “I feel like we had a great contingency plan for any situation, and it just so happened that the situation worked out the way it did. But I’m not concerned about that precedent.”

The Jets are projected by the betting odds to be one of the worst teams in the NFL this season, but Douglas is hoping to surprise as many people as the Jets did with their 6-2 finish last year.

Eagles have to “come up with ways of having game-like situations in practice”
Report: Marcus Cannon has decided to opt out of 2020 season