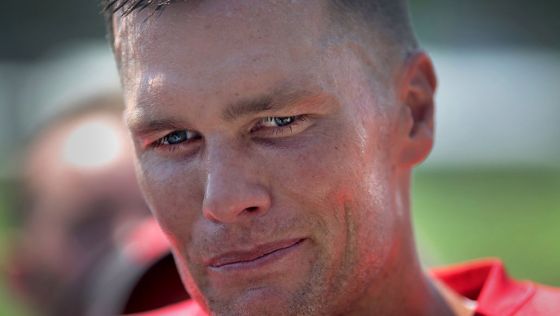 This has prompted some to cry foul regarding aWednesday video showing Buccaneers quarterbacks and other players throwing passes in T-shirts and shorts on the Tampa Bay practice field. According to the NFL, however, it’s permitted.

In most NFL cities, quarterbacks and rookies showed up earlier than the rest of the team. In Tampa, Brady and the rookies arrived on July 23, five days before the veterans. Thus, Brady, the other quarterbacks, and the rookie receivers were eligible to be on the field as of Wednesday, to begin their formal acclimation period.

During the acclimation period, only quarterbacks, receivers, kickers, punters, and long snappers are permitted to be on the field with footballs. That’s what the video posted by the Buccaneers reveals.

On Monday, the veteran receivers will be permitted to join Brady and the other quarterbacks, if the receivers generate three negative COVID-19 tests before then. (All players may be on the field for up to 60 minutes of walk-through sessions during the acclimation period.)

None of this means that Brady has at all times made smart and prudent COVID-19 decisions in recent weeks — he hasn’t, up to and including his mask-free, non-socially-distant arrival last Thursday. That said, Wednesday’s video is not proof of any type of breach of protocol.