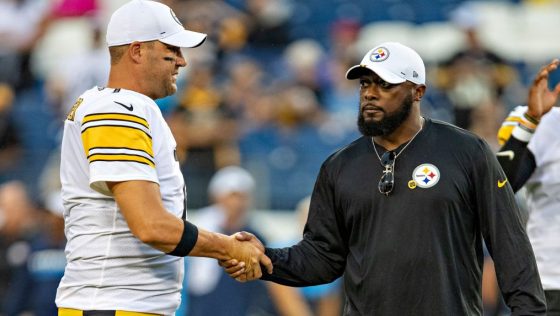 When Steelers offensive coordinator Randy Fichtner spoke to reporters on Wednesday, he said that the plan was for quarterback Ben Roethlisberger to throwat Heinz Field later in the day.

It was head coach Mike Tomlin’s turn to meet the media on Thursday and he said that the plan changed after Fichtner’s session. Tomlin said it was a team decision to hold off, but added that it isn’t because they think Roethlisberger’s right elbow isn’t ready for a full workload.

“He’s been throwing, and that throwing has been going well,” Tomlin said, via Gerry Dulac of the Pittsburgh Post-Gazette. “We don’t have any reservations about him being a full participant in this process.”

Steelers players will be acclimating themselves to camp over the next couple of weeks before ramping up to their first padded practice on August 17.