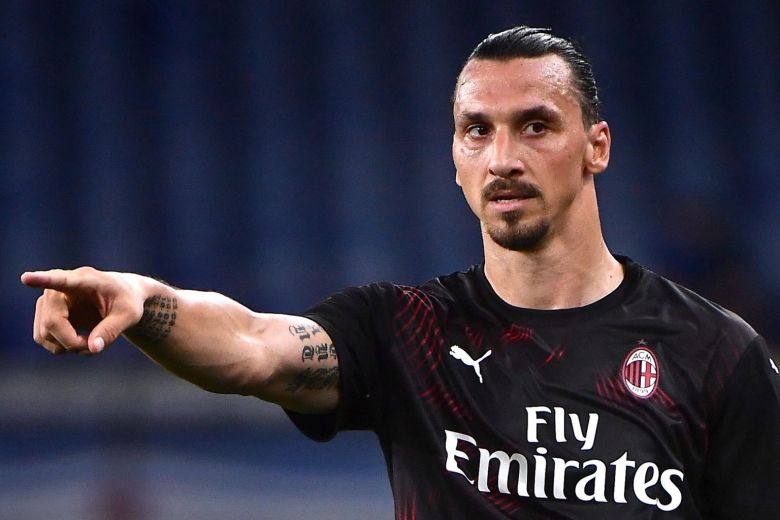 MILAN (REUTERS) – Veteran AC Milan forward Zlatan Ibrahimovic scored twice and Gianluigi Donnarumma saved a penalty as they won 4-1 at Sampdoria on Wednesday (July 29) to stay unbeaten since the Serie A season restarted.

Milan remained sixth with 63 points which will earn them a place in the Europa League second qualifying round next season, with the automatic spot in that competition going to fifth-placed AS Roma, who beat Torino 3-2 later on Wednesday.

Milan went ahead after four minutes when Ante Rebic crossed from the left and the unmarked Ibrahimovic headed past Sampdoria goalkeeper Wladimiro Falcone who was making his Serie A debut at the age of 25.

However, Falcone made a good save to deny Ibrahimovic a second goal before halftime when the Swede’s shot took a deflection.

Donnarumma did well to stop a Fabio Quagliarella free kick after the break before Hakan Calhanoglu added a second in the 54th minute. The referee initially disallowed it for a foul but the goal was awarded following a VAR review.

Calhanoglu also set up the third with a pass to Ibrahimovic who scored from a narrow angle four minutes later. It was the 38-year-old Swede’s ninth league goal since he returned for a second stint with Milan in January.

“I’m like Benjamin Button, I’ve always been young, never old,” Ibrahimovic told Italian TV, referring to a character played by Brad Pitt in a 2008 movie who aged in reverse.

Donnarumma saved Gonzalo Maroni’s penalty and, although Kristoffer Askildsen pulled one back for Sampdoria, Rafael Leao then added a fourth for Milan.

In Turin, Roma went behind to an Alex Berengue strike in the 14th minute, but goals from Edin Dzeko and Chris Smalling and an Amadou Diawara penalty put them 3-1 ahead after 61 minutes.

Wilfried Singo pulled a goal back for Torino but Roma held on for a 3-2 win that put them on 67 points, four ahead of Milan with one game left.