NBA: No wavering in fight against racism and brutality, says LeBron after winning shot for Lakers in LA derby 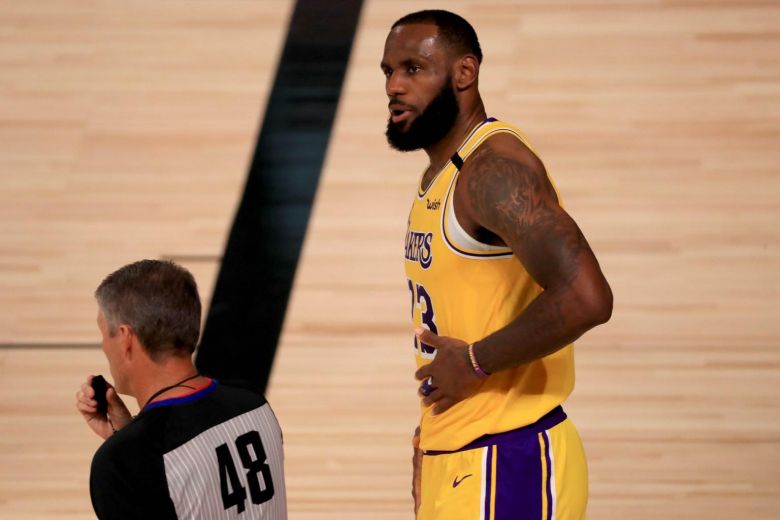 ORLANDO (AFP, REUTERS) – LeBron James vowed no let-up in the fight for social justice as the National Basketball Association’s (NBA) coronavirus-hit season made an emotional return in Orlando on Thursday (July 30).

Los Angeles Lakers star James and players from the Los Angeles Clippers, Utah Jazz and New Orleans Pelicans all kneeled in unison during the US national anthem before their respective games in support of the Black Lives Matter movement.

James, who scored the winning points for the Lakers in a 103-101 defeat of the Clippers, said players were determined to use their NBA platform to fight racism and police brutality.

At the ESPN Wide World of Sports Complex, he followed his own miss and made the winning shot with 12.8 seconds left.

Anthony Davis scored 34 points and grabbed eight rebounds for the Lakers, and James finished with 16 points, 11 rebounds and seven assists. James struggled on 6-of-19 shooting.

Kyle Kuzma added 16 points for the first-place Lakers (50-14), who increased their lead to six and a half games over the second-place Clippers (44-21) in the Western Conference standings.

Paul George had 30 points for the Clippers, but he missed a three-point attempt at the final horn. Kawhi Leonard finished with 28 points, Patrick Beverley added 12 points, and Reggie Jackson added 10.

“This is an opportunity to use this platform to spread a lot of positives, a lot of love throughout the course of the whole world,” James said.

“We understand what’s going on in society right now and we’re using this NBA platform as players as coaches and as an organisation to stand strong on that. This is a good start.

The United States saw nationwide protests in June following the death of unarmed black man George Floyd during his arrest by police in Minneapolis on May 25. Four officers were later charged over his death.

“We’re dealing with a lot of racism, a lot of social injustice and police brutality,” James said. “It’s something that we want to have people’s ears open to. We have ears open now, but we cannot stop.

Related Story
‘We have had enough’: NBA great Michael Jordan speaks out on death of George Floyd

“We’ll keep our foot on the gas as we’ve been doing over the past two months.”

“It felt like we were able to bring people together,” Holiday said. “Two teams, who were about to go out there to battle, we can also come together to fight for something, and I feel like that was huge.

“That’s one of the reasons why I feel like (the players) came back and the league wanted us to come back.”

Pelicans team-mate Zion Williamson agreed. “It was emotional because all of us (were) there together as one, doing something we believe in,” he said.

Related Story
Basketball: All you need to know about the NBA bubble as season restarts

In the first game of the restart, Rudy Gobert broke a tie by making two free throws with 6.9 seconds left, and the Jazz defeated the Pelicans 106-104.

The lead held up when Brandon Ingram missed a three-pointer with one second left, completing a fourth quarter in which the Jazz outscored the Pelicans 27-17.