Terry Francona still not managing Indians due to medical condition 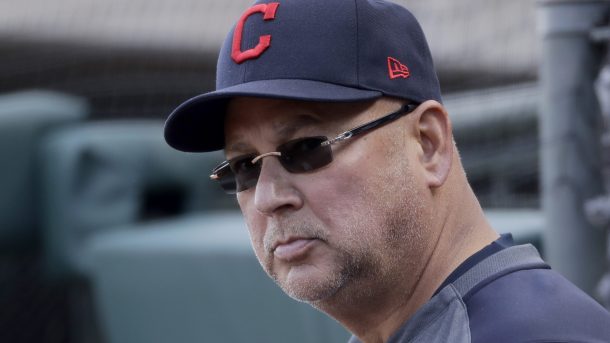 CLEVELAND — Indians manager Terry Francona remains absent from the team to get rest while dealing with a gastrointestinal issue that he’s battled for months.

Francona will miss his fourth straight game Wednesday night when the Indians return home to play two straight against the Reds. The two teams just wrapped up a two-game series in Cincinnati while Francona underwent tests and exams for three days at the Cleveland Clinic.

Team President Chris Antonetti said Francona will likely be sidelined for a few more days, but the hope is he’ll return to the team “in the not-too-distant future.”

Antonetti did not provide many details about Francona’s illness. He said the 61-year-old manager “is in the process of feeling better.” At this point, the objective is for Francona to feel well enough to get back in the dugout.

“Mostly right now it’s getting Tito to a point where he’s just more comfortable, where he will resume the duties that he has as manager,” he said.

Until he returns, the Indians will have third-base coach Mike Sarbaugh move into the dugout to help interim manager Sandy Alomar, the team’s usual first-base coach, with managing duties.

Tony Mansilino will fill in for Sarbaugh at third. He’s been working at the team’s alternate site in Lake County.

Francona was forced to miss a couple of spring training games in Arizona with his medical condition. He’s in his eighth season with Cleveland, which has made the postseason four times and won the AL once under Francona.