Keep those elbows in check for a good golf swing 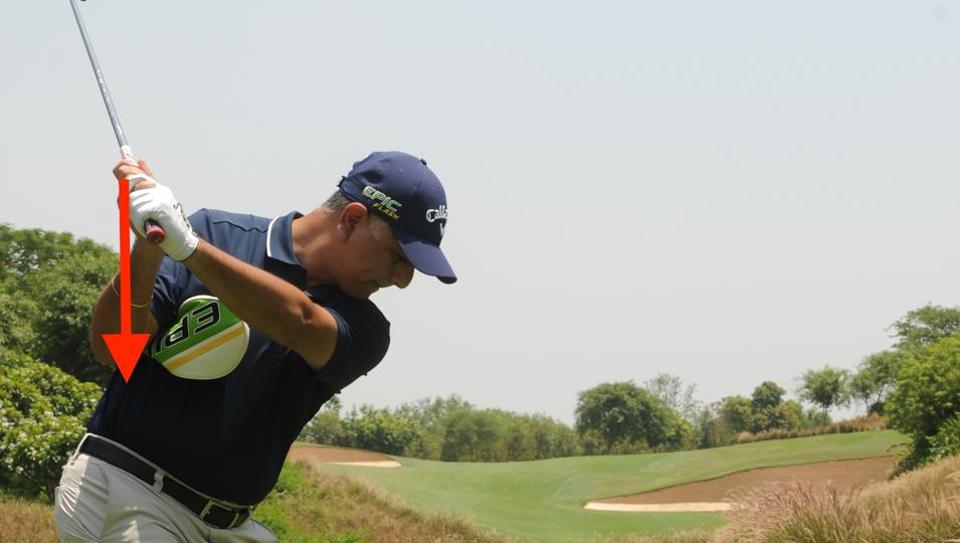 When we speak of the golf swing, we speak of the role the big muscles play in making the body turn back and through to generate power. We also speak of the hands and arms extending back away from the center of the body to create width in the swing, another facet that will help increase clubhead speed.

The back swing is made of the following:

We have already spoken about the effects of an incorrect body turn in previous articles, so let us discuss the faults and fixes for incorrect arm and elbow position in the backswing.

As the left wrist hinges in the backswing and the left arm lifts the club up, in order to keep a connection of the arms with the body, you should feel that they are brushing the sides of the body and don’t get away from it. One common fault is that of letting the right elbow fly, creating excessive space between the right side of the body and the right elbow. This is shown in Pic 1.

What will happen here is that the arms will tend to swing independently of the body as they are disconnected. When the body turn starts to pull the club downwards, the arms will find it difficult to align the club on plane.

Pic 3 shows a good top of the backswing position. The left arm is stretched out, the right elbow is connected with the body, pointed downwards, and the wrists are hinged to complete the backswing. From here, you will be able to turn the body towards the target and find that the hands and arms follow, swing the club down on the correct plane, and deliver the clubface square at impact.