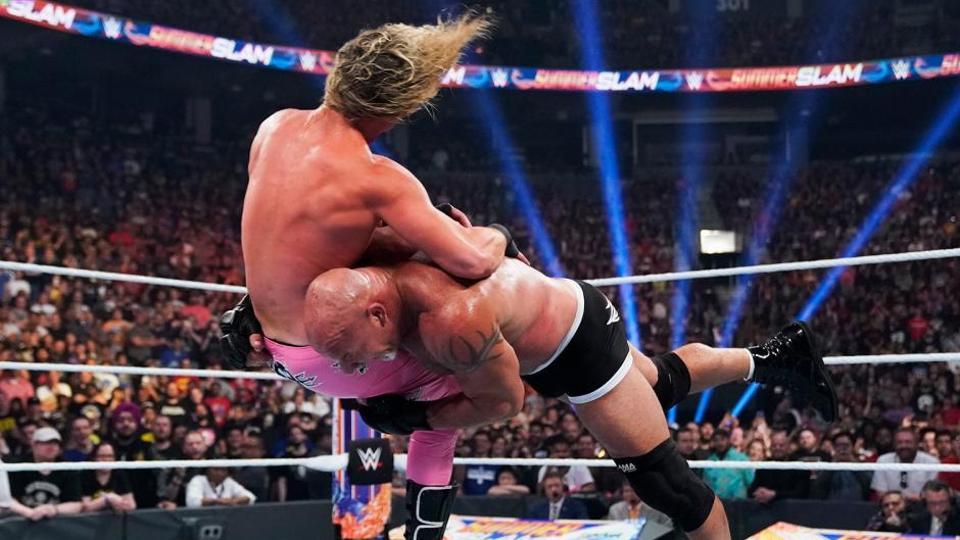 After a horrendous clash against The Undertaker in WWE Super ShowDown event in Saudi Arabia in May, the fans started seeking a retirement from former WWE Champion Goldberg. In a match filled with botches and failed moves, Goldberg and The Undertaker risked nearly injuring themselves badly for real, and the match was described as one of the worst in the history of the industry.

The Deadman was given a chance to redeem himself at Extreme Rules when he paired up with Roman Reigns to take on Shane McMahon and Drew McIntyre. At SummerSlam, Goldberg got his opportunity, as he went one-on-one with Dolph Ziggler.

.@HEELZiggler barely had time to yell “SURPRISE!” before @Goldberg SPEARED HIM IN HALF at #SummerSlam! pic.twitter.com/9rwofodeXj

— WWE (@WWE) August 11, 2019
Considering the match was supposed to be a redeemer for Goldberg, who cannot wrestle for long at his age, it was always expected to be a squash match. After being struck with two super kicks, Goldberg delivered a spear and followed it up with a jackhammer to Ziggler. He, then pinned his opponent to pick up the win.

— WWE Universe (@WWEUniverse) August 11, 2019
But luckily for fans in Canada, who were excited to see The Icon, the segment was far from over. Ziggler used his heel persona effectively, to spice things up. He kept calling Goldberg back onto the stage, taunting him that his time is over. Obviously, Goldberg came back twice to deliver two more spears, much to fan’s delight.

Did Goldberg redeem himself? Perhaps, not entirely. But overall, it was a better segment that many fans expected from the Hall of Famer.

Dwayne ‘The Rock’ Johnson comments on who he believes will become the next big thing in WWE
After Goldberg and Shawn Michaels, WWE Hall of Famer Edge to also come out of retirement?