Shubman Gill reveals the one Rahul Dravid advice he swears by 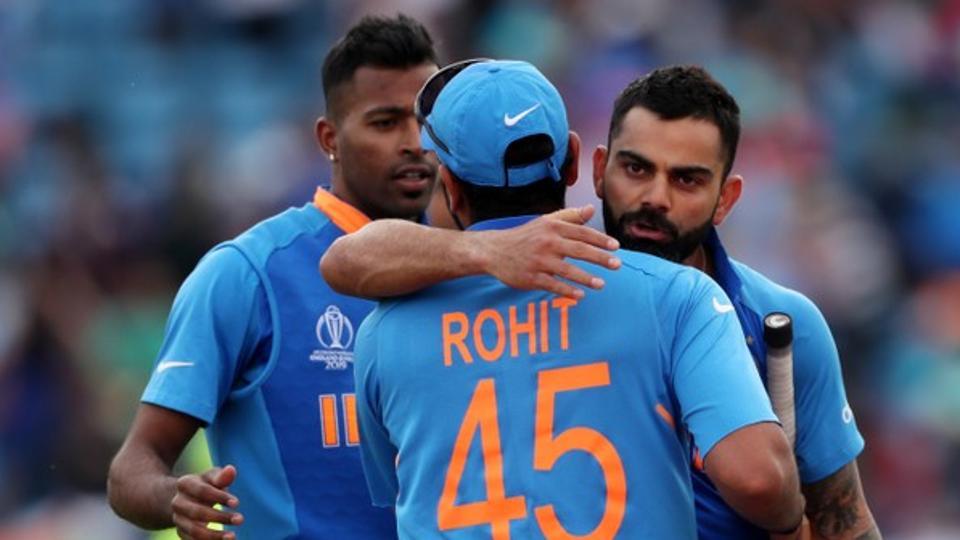 His strokes bear a striking resemblance to Virat Kohli but Shubman Gill’s approach to cricket is influenced by Rahul Dravid, who has asked the youngster to stick to his natural game come what may. Just two weeks shy of his 20th birthday, Gill is making waves despite having played just two ODIs with former captain Sourav Ganguly among those left surprised by his omission from the senior team’s ongoing tour of the West Indies. The youngster spoke about handling the limelight, the comparisons, “that cover drive” where he looks like Kohli and pro-tips from the likes of Dravid and Yuvraj Singh in dealing with the hype surrounding him.

“Rahul sir has been my coach since the India U-19 days and then India A. There is one basic advice from him which I always keep in mind. He would tell me that come what may, never change your basic game that got you success,” said Gill, who became the youngest Indian to score a first-class double hundred earlier this month.

“I would certainly rate my double hundred against the West Indies A as one of my best knocks in red ball (cricket) considering the opposition, surface and match situation,” Gill said.

ALSO READ: Virender Sehwag reveals the one Sachin Tendulkar record that no one can break

Gill also top-scored for India A in the unofficial one-day series against the same opposition, accumulating 218 runs, including three half-centuries.

But what happens if the natural game doesn’t deliver the desired results sometime? “He (Dravid) said that if we want to get technically more solid, all the adjustments that we make should be within the confines of our basic game,” elaborated the right-hander, who won the BCCI’s Best Junior Cricketer award for consecutive years in 2013-14 and 2014-15.

“Rahul sir told me that if I change my game, it won’t be natural anymore and may not provide success. His focus has always been on the mental make-up while we face the challenge posed by the best,” the Punjab lad said .

The front-foot cover drives by Gill seem like a carbon copy of a Kohli stroke — minimal back-lift and lot of wrists involved.

The affable youngster said the stroke “came naturally to him”.

“…because I have an attacking game against the spinners. Since childhood, I have practised a lot against spin bowling. So while playing on turners, I developed this particular stroke,” said Gill.

His net practice involves a lot of match simulation both in red and white ball situations.

“While I love stepping out to spinners as that’s my game, I have a back and across trigger when I am facing the quick bowlers. With the South Africa A series coming up, I am focusing a lot on leaving deliveries,” he revealed.

Reflecting on the recent A tour of the West Indies, Gill said the thought of saving matches hardly ever crosses his mind as he likes to focus on putting the team in a winning position.

“Actually, even when we lost quick wickets, it didn’t strike me or my partner (Hanuma Vihari) that we need to save the match. All we were thinking was how to change the course,” said the player, who enjoys a staggering average of 78-plus and 1339 runs in just 12 first-class games.

ALSO READ: Ravindra Jadeja on the cusp of special record, all set to join to elite list

“During that innings (his double hundred), the first plan was to see off the remaining part of the third day. The next day, the pitch had some juice, so the first session was important. The next plan was to score 120 off the next 30 overs as their bowlers would be getting a little tired,” he added.

He won the ‘Player of the Series’ during the List A games in the Caribbean for his three fifties and now wants three-figure knocks against the South Africa A side during upcoming home series starting next week.

“The A series in Windies was a confidence-booster and I am looking forward to converting the knocks into bigger scores against South Africa A,” he said.

ALSO READ: ‘I believed that I am the man’ – Viv Richards tells Virat Kohli in candid interview – Watch

His feet rooted firmly to the ground despite all the accolades coming his way, Gill said he is never bothered about what’s being said about him when he takes the field to bat.

“It’s only when you are off the field that you come to know about what’s being said about you. Once you enter the field, these things fade out. You only think about opposition and ways to win matches,” he said.

So amid all the hullabaloo, how does he switch off? “Playing squash with my India A teammate Ishan Kishan. I have started enjoying the game and it’s good for cardio also. It’s an easy and enjoyable game if both players are at the same level.

Unimaginable money (he was picked for Rs 1.8 crore by Kolkata Knight Riders in the last IPL auctions), instant stardom, an Indian cricketer’s life is always on the fast lane.

Gill understands the pressures of it and who better than Yuvraj Singh to give some sound advice on how to deal with stardom.

“Yuvi paaji gives me a lot of advice about handling pressure, fame and adulation. In the Punjab team, I confide a lot in my senior Gurkeerat Singh Mann. And obviously, any for life decision, I always look up to my dad,” he concluded. PTI KHS PM PM

India vs West Indies: What should the captain do after winning toss? Pitch conditions revealed
Murray to step up singles comeback in Nadal’s Challenger event