‘She guides me in right direction’: Virat Kohli’s big compliment to Anushka Sharma in candid chat with Viv Richards – Watch 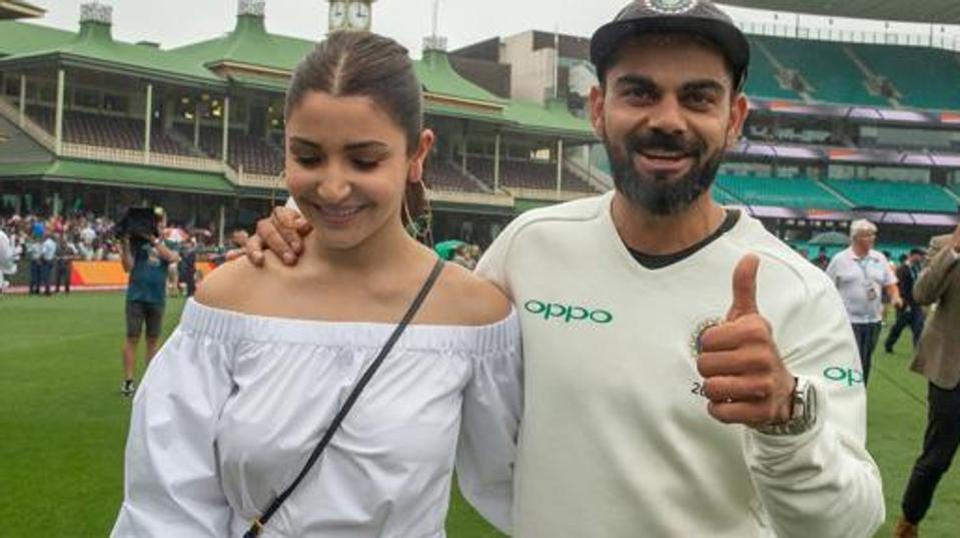 India skipper Virat Kohli opened up about wife and Bollywood actress Anushka Sharma in a candid conversation with legendary Windies cricketer Viv Richards. The Board of Control for Cricket in India (BCCI) uploaded the interview on its website where the two stalwarts of the game shared screen space for this special chat. Kohli donned the hat of a TV anchor and asked questions while Richards gave answers in his usual inimitable way. Kohli and Richards spoke regarding various topics and the India captain also opened about his relationship with Anushka.

“Some guys relish the prospect of being with the person — whom they enjoy with — for the rest of their life,” Richards said in a video uploaded on BCCI. TV. “Some guys wouldn’t do as much. But it looks like you have appreciated both sides of the coin?”

Kohli answered: “It has actually been the biggest blessing in my life apart from being blessed with playing this sport. To find the right person. Because she is a professional herself, she totally understands my space.”

“She guides me in the right direction. The thing that I have learnt from being with her is that if you are willing to do things which are right in your life off the field, then I think that creates your personality on the field to do the same,” Kohli added.

Earlier, in the first part of the interview, Kohli had asked Richards that what was his mindset like when he came out to bat. He also quizzed the great man about his choice of not wearing helmets and dominating bowlers despite having no protection.

“I believed that I am the man. It may sound like arrogance but I backed myself every time. You even back yourself to get hurt… to take the knocks,” said Richards. “The helmet I tried but it was very uncomfortable. My mindset was that I was good enough to be here so if I get hurt, it’s God’s will. I will survive.”

Kohli then quipped: “I have always felt that you take a hit early to know the feeling rather than always feeling you might get hurt. I prefer to take a hit early on so that it motivates me to not allow that to happen again. Just that pain to go through your body and be like enough, its not happening again.”

Richards then ended the video by adding: “You will always get hurt. It is part of the game. It’s important how you come back from taking those knocks.”