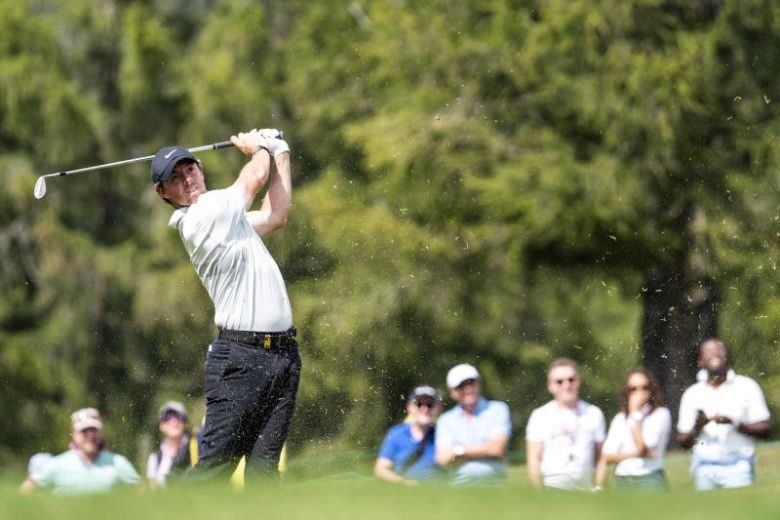 SWISS ALPS (REUTERS) – Rory McIlroy said his recent exertions had caught up with him after a sloppy bogey, bogey finish left him three strokes behind leader Andres Romero in the third round at the European Masters in the Swiss Alps on Saturday (Aug 31).

McIlroy hit a poor fairway bunker shot over the green at the 17th hole and then, from another fairway bunker at the par-four 18th, found a greenside pond at Crans-sur-Sierre Golf Club.

He had to sink an eight-foot putt to avoid dropping more than one shot in Crans Montana.

“I felt a little flat out there, a little tired, maybe it just all caught up with me,” the Northern Irishman said after a one-under-par 69 that left him equal fifth.

McIlroy has had to adjust to a six-hour time change from last week, and also come down from the emotional high that accompanied his victory and FedEx Cup title at the Tour Championship in Atlanta on Sunday.

“Looking forward to getting into bed early tonight and getting a good night’s sleep,” he said. “Still, a good front nine tomorrow and I’ll still be in it.”

Along with his two closing bogeys, McIlroy also recorded a poor bogey at the par-five 14th, made all the more disappointing by a 400-yard-plus drive that rolled nearly 100 yards after landing on a downhill section of the fairway.

But left with only a flick into the green, he pushed his subsequent wedge into a pond.

As McIlroy faltered, Romero did quite the opposite, rolling in a long eagle at the 14th, part of a four-hole stretch he played in five under.

The Argentine carded 66 to set the pace at 14-under 196, one stroke ahead of Australian Wade Ormsby (67), while Englishman Tommy Fleetwood (68) and Malaysian Gavin Green (69) were two behind with one round left.

Romero, coming off a 61 on Friday, endured a poor start to the third round, with a bogey at the second hole and a double at the fifth, but a birdie at the next settled his nerves.

“After a lot of pressure at the beginning I’m happy with the way I reacted,” said the two-times European Tour winner.