Tiger Woods to return next week at Memorial Tournament 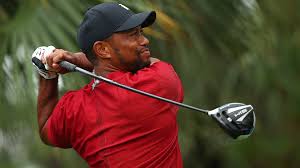 Tiger Woods is making his long-awaited return to the PGA Tour.

Woods announced Thursday that he will play in next week’s Memorial Tournament, marking his first competitive action in five months.

“I’ve missed going out and competing with the guys and can’t wait to get back out there,” he tweeted.

Woods is a five-time winner at Muirfield Village, most recently in 2012. With 82 career PGA Tour titles, he remains tied for the all-time wins record with Sam Snead.

Woods hasn’t played in an official event since the Genesis Invitational in mid-February, when he finished last among those who made the cut and complained of back stiffness. He then skipped scheduled starts at the WGC-Mexico, Bay Hill and The Players Championship, which was canceled after one round because of the coronavirus pandemic. Woods later said that he would have been healthy enough to defend his Masters title in April.

Tiger Woods tends to win the same events multiple times. Here’s a look at Woods’ most victories per event.
The only event Woods has played since then was in May at The Match II, alongside Phil Mickelson, Tom Brady and Peyton Manning. Playing at his home course at Medalist, Woods swung freely and looked sharp.

On Thursday, Woods announced only his return to The Memorial. It remains to be seen whether he will add any of the other two events before the year’s first major championship, the PGA, scheduled for Aug. 6-9 at TPC Harding Park.

Woods has never played the 3M Open in Minnesota, nor has he teed it up at TPC Southwind, which hosts the WGC-FedEx St. Jude Invitational. Woods routinely played that event when it was held at Firestone, in the spot on the schedule immediately preceding the PGA. Over the past few years, the 44-year-old Woods has tried to avoid playing consecutive events to lessen the strain on his surgically repaired back.

With only five regular-season events remaining on the 2019-20 schedule, Woods has made just three starts this season. He won the Zozo Championship last October, then tied for ninth at the Farmers Insurance Open before his 68th-place finish at Riviera. He’s currently ranked 41st in the FedExCup standings; only the top 30 secure a spot in the Tour Championship at East Lake over Labor Day weekend.

After beginning the year ranked sixth in the world, Woods has slipped to 14th.

As part of the Tour’s health and safety plan, Woods will be “strongly encouraged” to take a COVID-19 test prior to departing for Ohio. Once on-site, he’ll need to take another test before he is cleared to practice and play.