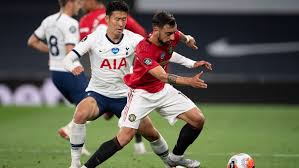 Tottenham Hotspur and Arsenal no longer have the eighth-place crutch when it comes to chasing a place in Europe.

Manchester City’s European ban has been lifted by the Court of Arbitration for Sport, who ruled that City “did not disguise equity funding as sponsorship contributions but did fail to cooperate with the UEFA authorities” and reduced the club’s fine from $32 million to $11 million fine.

This means two of the Premier League’s guaranteed four UEFA Champions League bids are sewn up with Liverpool and Man City guaranteed to finish first and second.

Want to know how this alters perspectives for the final three match days of the Premier League season (and the FA Cup)? Read on…

The field “shrinks” and Man City wins. Who loses?

This is especially bad news for Leicester City and Wolves. Both Leicester’s form and Champions League hopes have dropped significantly and the Foxes and their 59 points could sit fifth by the close of business Monday if Manchester United stays hot and beats Southampton (United is a heavy favorite).

Wolves had an outside shot of catching one of Chelsea, Leicester, or Manchester United for fifth but now are likely to need to win the Europa League to qualify for the UCL.

Obviously the lifting of the ban is not great news for the margins of error for Chelsea or Man United, but it hurts fellow traditional powers Tottenham and Arsenal a whole lot more.

Mikel Arteta’s Gunners dipped to ninth place on Sunday when they lost the North London Derby to Spurs, and now are four points back of the final UEL spot held by Sheffield United (54 points). Spurs have 52. Burnley’s dreams of a second UEL berth are also stung, their 50 points level with Arsenal.

The Gunners can no longer affect the fates of any team around them in the table via the league route, with matches left against confirmed champions Liverpool and relegation candidates Aston Villa and Watford.

They can also affect all of the teams around them by winning the FA Cup and eliminating seventh place as a UEL place.

Arsenal maxes out at 59 points. That would probably be enough for a Europa League place, but so would winning two FA Cup matches, easier said than done against Man City and then either Chelsea or Manchester United.

They’ll know a lot more about whether that could be their only route by about 5:15 pm ET Wednesday when they finish a league tilt against Liverpool. A loss to the champions would arguably make Saturday’s FA Cup semifinal versus Man City their last chance to avoid a first Europe-free season since 1996.

As mentioned, the margins of errors have shrunk in a big way, and the final day of the season could be a blockbuster with the table’s current third through sixth place teams matching up on Decision Day.

Imagine if the table holds form and Wolves visit to Chelsea and Manchester United’s trip to Leicester City kick off at 11 am ET on July 26 with the Champions League on the line. Hashtag drama.

That assumes that Leicester City dodges a Thursday effort from Sheffield United, the Blades bidding to keep themselves in the discussion for a stunning berth in the UEL during their promotion year in the Premier League.

In fact, you might as well have a look at Leicester’s fixture list as the one that will determine European slotting. The Foxes control their destiny with a visit to Spurs sandwiched between home matches versus the seventh-place Blades and fifth-place (at the moment) Red Devils.

Oh, why not? Predictions!