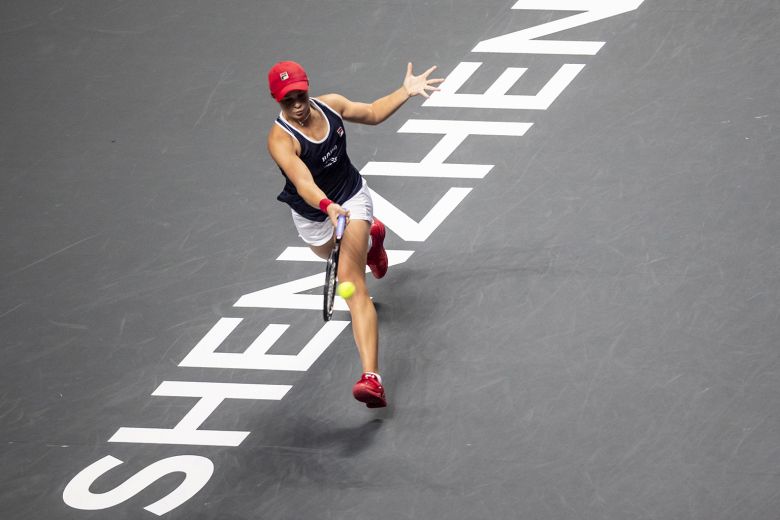 All top-level tennis and the Diamond League athletics were wiped off China’s 2020 sporting calendar yesterday, following a government edict aimed at controlling the coronavirus which could also spell doom for F1’s Chinese Grand Prix and the country’s biggest golf tournament.

The WTA Finals in Shenzhen and the Shanghai Masters were prime among the tennis tournaments to fall as the sport, struggling to restart in the face of the pandemic, suffered another major blow.

Shanghai’s Diamond League athletics and Masters snooker have also gone, promoters said, just over two weeks after China’s General Administration of Sport said most international events this year would be called off.

The cancellations come despite the return of domestic sports in China, with football’s Chinese Super League starting today and fans allowed to attend China Basketball Association games this weekend.

Women’s Tennis Association chief Steve Simon said he was “extremely disappointed” that the women’s tennis tour, which has bet heavily on the China market, has had to scrap seven tournaments.

“We do, however, respect the decision that has been made and are eager to return to China as soon as possible next season,” he added.

Among the cancelled WTA tournaments is October’s Wuhan Open, which was to be hugely symbolic as the city was at the centre of the Covid-19 outbreak last year.

The men’s Association of Tennis Professionals (ATP) said it was also cancelling its 2020 China swing, including the prestigious Shanghai Masters and China Open – a men’s and women’s event – in Beijing.

In an interview this month, Simon spoke about the potential effects of losing the China events, especially the WTA Finals, which provided a record US$14 million (S$19.4 million) in prize money in its first year in Shenzhen last year.

The WTA depends on the Finals for a major chunk of its annual revenue. It has a 10-year deal with Shenzhen, and the city is building a 12,000-seat stadium to host the Finals. Simon has said Shenzhen’s total investment in tennis infrastructure and the WTA Tour would likely amount to more than US$1 billion.

“We at the WTA, along with all other businesses in the world, are being challenged financially through these times,” he said.

“If we don’t have the Finals, the hole that we have will certainly be bigger and deeper.”

Losing the WTA Finals this year also could cost the WTA its 2020 rights fee, which Simon has said is significantly more than the US$14 million it received annually from the previous hosts Singapore.

This week, the ATP cancelled the Citi Open, in Washington, that would have been the restart of the men’s tennis season next month.

The US$10.25 million WGC-HSBC Champions golf, slated to start on Oct 31 in Shanghai, is another event that looks in peril.

Juss Sports, a major Shanghai promoter which is also responsible for staging F1 in the city, made no mention of the grand prix – originally scheduled for April – but that too now looks unlikely.

The sport yesterday abandoned hope of holding the Canadian (originally June 14), US (Oct 25), Mexican (Nov 1) and the Brazilian (Nov 15) grands prix because of the coronavirus situation in the Americas, according to the BBC.

Instead, three further races in Europe are to be added to the calendar, namely a return for Germany’s Nurburgring (Oct 11) and Imola (Nov 1) in Italy, and an F1 debut for Portugal’s Portimao track on Oct 25.