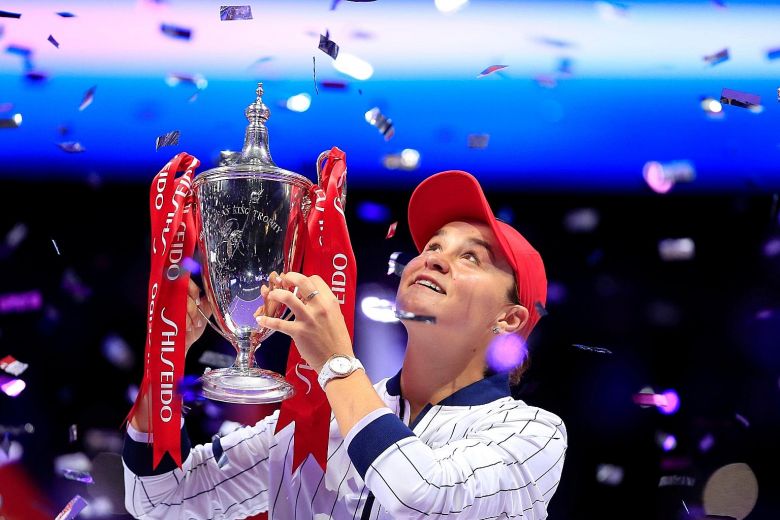 NEW YORK • The WTA has a ready strategy to cope with the financial strain caused by the Covid-19 pandemic but chief executive Steve Simon thinks that the elite women’s Tour will not return to any semblance of normality before 2022.

The Women’s Tennis Association, which has lost a big chunk of tournaments since the forced shutdown in early March, will finally resume competition after a five-month break with the Palermo Open from Aug 3.

All of its tournaments in China this year were cancelled on Friday after the country’s Sports Ministry said it would not host any international events apart from 2022 Winter Olympic trials.

“The WTA is no different than any other business in this world and everybody’s been affected financially by this,” Simon told Reuters from the United States.

“And we’ve been hit hard, just as many other companies have been. If we’re not operating and you’re losing 50 to 60 per cent of your year… your revenues are going to drop significantly… But we do have a strategy, we do have a plan in place to allow us to operate.”

Simon, who took over as the CEO in 2015, said the plans – which he did not elaborate in detail – would evolve over the rest of the year but they have ensured that the body would survive the economic crisis.

“And from a good news standpoint, our tournaments seem to be strong and stable as well, and are weathering it,” he added.

“You never know where you might lose one. But it appears that most of our calendar will stay intact if the conditions allow for sporting events to be held going forward.”

World No. 2 Simona Halep will not feature in the Palermo event, saying yesterday she was withdrawing following Italy’s decision to impose a mandatory quarantine for people coming from Romania and Bulgaria.

“Given the recent rise in Covid-19 cases in Romania and my anxieties around international air travel at this time, I have made the tough decision to withdraw from Palermo,” the Wimbledon champion from Romania said on Twitter.

China featured prominently in the provisional calendar for the remainder of the year, with seven tournaments, including the US$14 million (S$19.4 million) season-ending WTA Finals in Shenzhen.

So we’re now also looking at how are we going to manage 2021, because I don’t think this goes away as of January. There’s a tremendous amount of planning and scenarios going in as to what that year might look like.

STEVE SIMON, WTA chief executive, on the severe impact of the Covid-19 crisis lasting into next year.
Simon said last week that the Chinese city’s investment in tennis infrastructure and the Tour would amount to more than US$1 billion.

With some 200,000 new Covid-19 cases being reported globally every day and international travel restrictions still in place, he said plans were changing on an hourly basis and visibility for the rest of the year remained clouded.

“I don’t think that we will be back to what we used to take as ‘normalcy’ probably until 2022,” he said.

“So we’re now also looking at how are we going to manage 2021, because I don’t think this goes away as of January.

“There’s a tremendous amount of planning and scenarios going in as to what that year might look like.

However, he also warned that the WTA Tour will not hesitate to shut down again if there are health risks.

He said: “If we find that we cannot manage it or have too many illnesses and we can’t get the athletes to travel, we’re not going to move forward for the sake of moving forward, it’s got to work.”