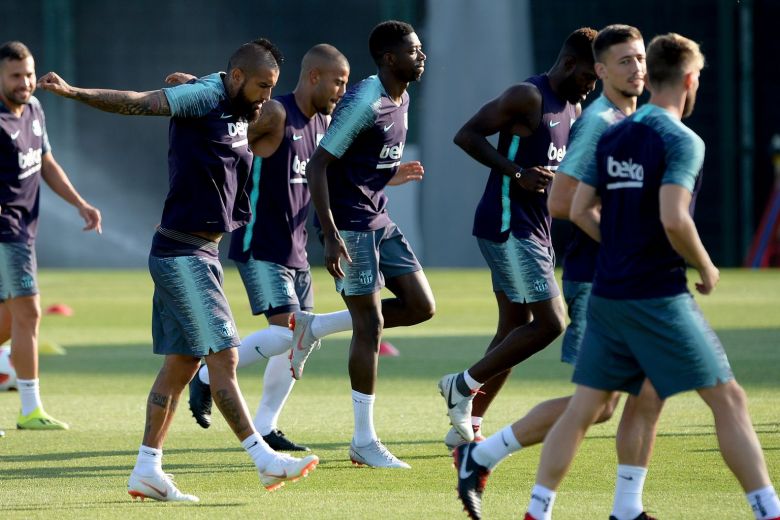 The club did not give any indication that the trio would be fit for the second-leg match against Napoli on Aug 8.

“The good news of the day was to see Lenglet and Griezmann doing individual work on the pitch,” said Barcelona on their website as the squad returned after a few days of rest following the end of La Liga.

Lenglet suffered a groin injury on July 19 and Griezmann damaged a muscle in his right leg on July 11.

Dembele initially tore a hamstring in November and suffered a relapse on Feb 3 after returning to training. He also trained apart from the main squad on Tuesday.

“Ousmane Dembele has also been working on the sidelines and following his recovery guidelines,” said Barcelona.