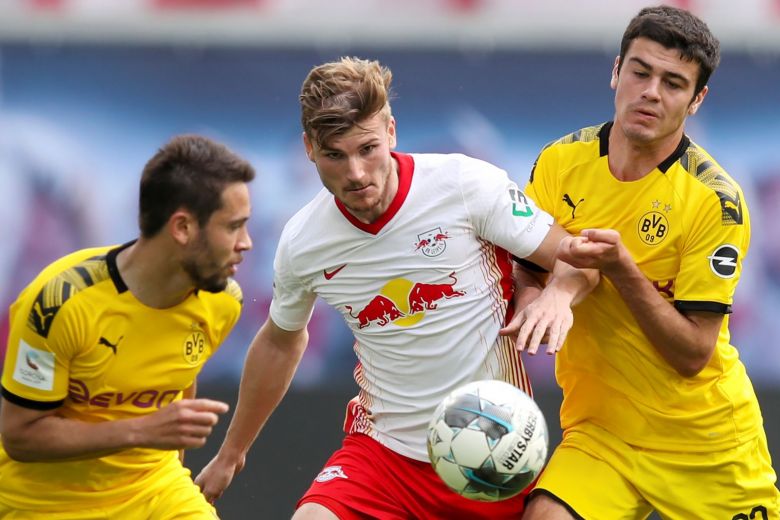 LONDON (AFP) – Timo Werner revealed Chelsea manager Frank Lampard was the main factor in his choice to join the Blues for next season despite interest from a host of other top European clubs.

Werner, 24, scored 34 goals for RB Leipzig in the 2019/20 season but will not be part of the German side’s Champions League campaign next month as he has already arrived at Stamford Bridge to prepare for next season.

The German international was highly sought after with Liverpool linked with a move for a number of months after Werner spoke glowingly of Reds’ boss Jurgen Klopp.

However, he said it was Lampard’s vision for how he would fit into a new-look forward line next season, with Hakim Ziyech also already signed from Ajax, that convinced him to come to Chelsea.

“He was the main point; we talked a lot about things like system, like how he wants to play and sees me playing, and how the system fits to me,” Werner told the Chelsea website of Lampard’s influence.

“He is a really nice guy who not only told me what he wants from me as a player because he wants to help me as a guy. He knows me now a little bit better and it fits very good between us and now I am happy to be here.”

A final day win over Wolves secured Chelsea’s place in the Champions League next season and they seem set to spend big to try and close the gap to Liverpool and Manchester City at the top of the Premier League.

As well as Werner and Ziyech, Kai Havertz is reportedly close to a move to London from Bayer Leverkusen, while Chelsea are also keen to strengthen at goalkeeper and left-back.

Werner watched the team Lampard played in alongside the likes of Petr Cech, John Terry and Didier Drogba win multiple Premier League titles and the Champions League and wants to help create a new era of success.

“When you have a decision to go from your old club and you come to a big club like this, it was for me a dream which came true because Chelsea is a very big club,” he added.

— Chelsea FC (@ChelseaFC) July 28, 2020
“I know of the players before when they won the Champions League with Drogba, with my new manager Frank Lampard, Petr Cech.

“I want to be part of a new era here so I will play to try to give my best.” And Werner believes his style of play is perfectly suited to make the transition from his homeland to England.

“The style of the Premier League is very fast and my speciality is that I am really fast so I think it is perfect for me to play here,” he said.

“It is another league in another country so I can improve myself to bring it to another level, so those are the reasons I come to the Premier League and to Chelsea.

“I’ll try to score as much goals as I can for Chelsea, that is the big reason why they bought me, to bring the goals I scored in Leipzig here, and maybe score more goals than there.”