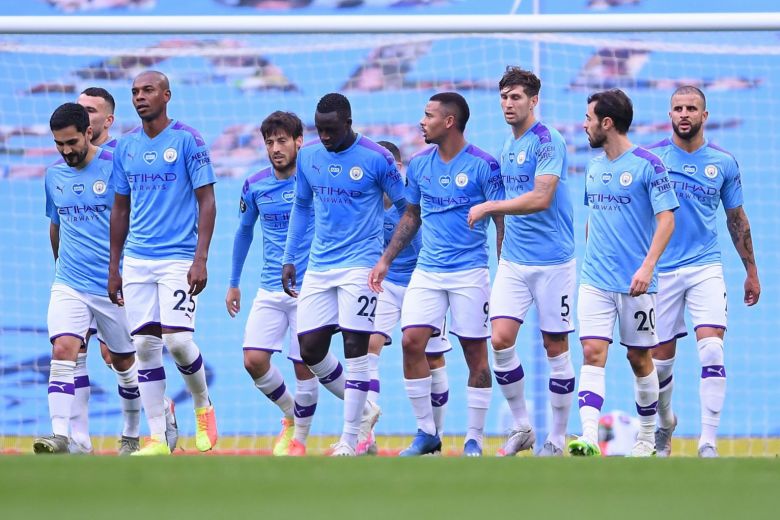 MANCHESTER, ENGLAND (REUTERS) – Uefa’s claim that Manchester City “disguised equity funding” from their owners was “unsubstantiated” but the club showed “blatant disregard” to the Financial Fair Play investigation, the Court of Arbitration for Sport (CAS) said on Tuesday (July 28).

The decision allows City to compete in next season’s elite Champions League competition.

Sport’s highest court also reduced the fine for City’s failure to cooperate with Uefa to €10 million (S$16 million) from €30 million.

European soccer’s governing body Uefa ruled in February that City had committed serious FFP breaches and failed to cooperate with its investigation.

The FFP regulations are designed to stop clubs running up big losses through spending on players. They also ensure sponsorship deals are based on their real market value and are genuine commercial agreements and not ways for owners to pump cash into a club to get around the rules.

Uefa opened an investigation into City in March 2019 after the publication of “Football Leaks” documents led to allegations that the club’s Abu Dhabi owners inflated sponsorship agreements to comply with the FFP requirements.

The leaked documents included club emails which referred to money being “routed” through sponsors.

CAS ruled that the leaked documents could be used as evidence but noted that they did not prove the existence of any actual transactions that broke Uefa’s rules and no evidence was produced that such payments were carried out.

The court also pointed out that the leaked emails were distributed internally and not sent to sponsors or other parts of the club’s United Arab Emirates based owners.

The panel also said that some of Uefa’s charges related to material that was over five years old and was therefore time-barred according to Uefa’s own rules.

City did not supply Uefa’s investigation with the original emails related to the leaked documents but CAS also noted that Uefa did not “pursue” that evidence before the hearing.

“Uefa’s approach in this regard is understood, because it was faced with a dilemma between trying to obtain additional evidence and having an award issued before the start of the 2020/2021 Uefa club competitions season,” said the CAS panel.

Explaining the decision to overturn the ban, CAS said that the charge of “dishonest concealment of equity”, which was unproven, was more serious than the failure to cooperate with Uefa’s investigation.

“The majority of the panel therefore does not consider it appropriate to impose any ban… for MCFC’s failure to cooperate with the investigations alone,” the judgment concluded.