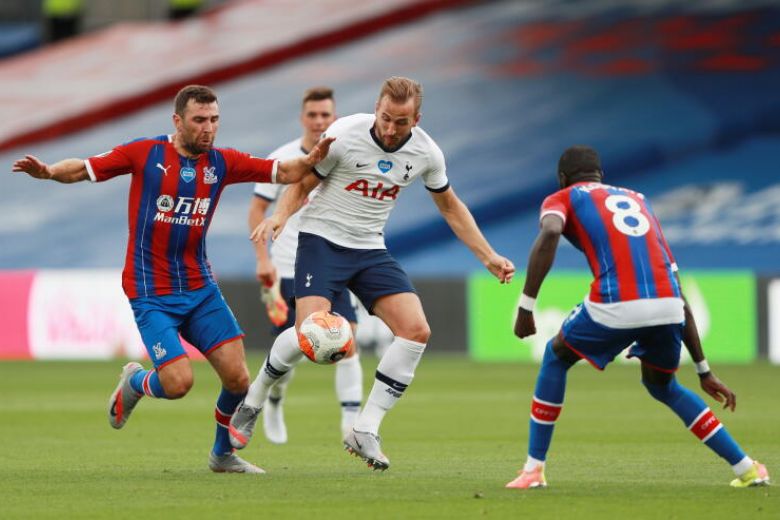 LONDON (REUTERS) – Tottenham Hotspur’s Harry Kane ended a disjointed season on a high by scoring in a 1-1 draw at Crystal Palace on Sunday (July 26) that ensured his side will play in the Europa League next season.

Kane’s clinical finish after 13 minutes was his fifth goal in three matches but it was not enough to hand Spurs a fourth successive win as Palace hit back strongly.

Jeffrey Schlupp’s equaliser early in the second half ensured Palace avoided an eighth successive league defeat and they perhaps should have gone on to win the match.

When the season went into a three-month lockdown in March because of the Covid-19 pandemic, Kane was still recovering from a serious hamstring injury sustained on Jan 1.

Early on in the restart he looked off the pace but the England striker has burst back into form since.

While a Europa League spot was some consolation for Spurs it will not disguise the fact the the club, who parted ways with manager Mauricio Pochettino in November, have ended up on 59 points, their lowest total in the Premier League for a decade.

Tottenham were 14th Portuguese coach Mourinho replaced Pochettino, however, and there are some signs of progress.

“After lockdown maybe we finished third or fourth in the table,” Mourinho said. “That is where we belong.” His Spurs side began in purposeful fashion and took the lead when Giovani Lo Celso played the ball in to Kane who took a touch before flashing a right-foot shot inside the post before Palace goalkeeper Vicente Guaita could set himself.

It was Kane’s 31st goal in Premier League London derbies, a tally bettered only by Thierry Henry (43), Teddy Sheringham (32) and Frank Lampard (32).

Palace responded well though and Schlupp had a chance to equalise but he shot straight at Hugo Lloris.

Tottenham’s tempo dropped at the start of the second half and Palace equalised in the 53rd minute when they failed to deal with a corner and the ball fell for Schlupp who fired high through a mass of players into the roof of the net.