Cubs turn 5-3 triple play in loss to the Reds 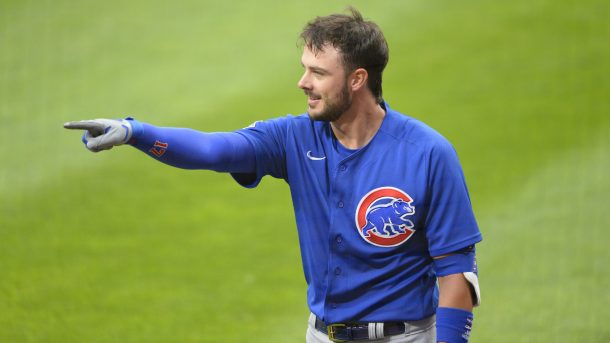 The Reds already did some damage in the inning, scoring three runs to push their lead to 12-5. Cubs reliever Dillon Maples issued back-to-back walks, forcing in the Reds’ 12th run, before being relieved by Duane Underwood, still with no outs in the inning. Shogo Akiyama came to the plate, taking a pair of strikes to fall behind 0-2. He then swung at a 94 MPH fastball, hitting a line drive to Bryant. Bryant appeared to catch the ball on the fly, then stepped on third before firing across the diamond to first base.

However, replay showed that the ball hit the ground first. Unfortunately for the Reds, the play was not reviewable, so the play stood and the Cubs escaped the inning with no further damage.

The Cubs clawed back for a pair of runs in the top of the ninth but couldn’t overcome the large deficit. The missed call on the triple play didn’t end up mattering for the Reds.