Rockets blast off to win 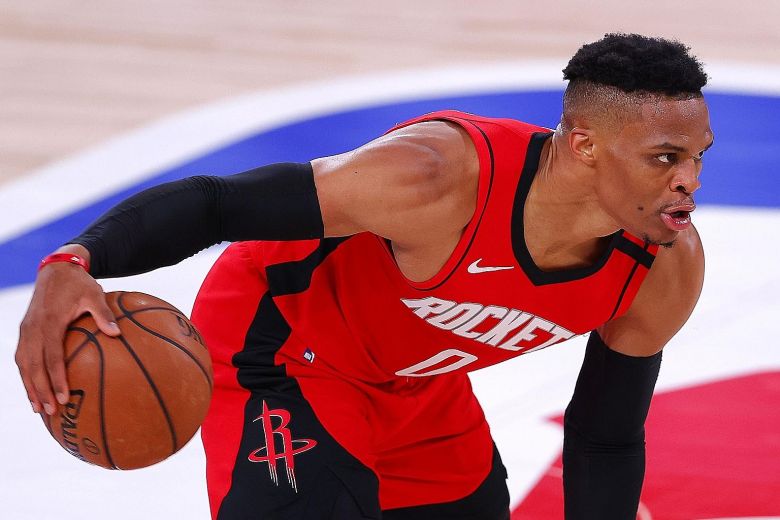 Fast forward nearly 10 months, through a coronavirus-enforced hiatus, and not much has changed.

Antetokounmpo still had a big night, leading the floor at the ESPN Wide World of Sports Complex bubble near Orlando on Sunday in all three categories.

The big difference this time was that the Bucks lost 120-116 to the Rockets.

“We fought through. Adversity showed up and we showed off. All the guys in our locker room showed up to play for 48 minutes.”

The Rockets went 21-of-61 from three-point range, matching an NBA record for the most three-point attempts by a club in a non-overtime game, with Danuel House hitting four and Harden among five other players who landed three from outside the arc.

Houston also rallied from seven points down in the final minute to defeat Dallas 153-149 on Friday.

It’s amazing. We fought through. Adversity showed up and we showed off. All the guys in our locker room showed up to play for 48 minutes.

RUSSELL WESTBROOK, Houston guard, on the team overcoming an eight-point deficit with three minutes left.
“You have to make the right reads and trust your teammates and that’s what I tried to do all night long,” added Westbrook, who sank four free throws inside the final 28.5 seconds.

“We’ve got to keep executing at the end of close games,” Antetokounmpo said. “We weren’t able to do that. We’ve got to find the open man and hit more shots.

“Usually when we’re up six two minutes to go, we usually close the game out. But we didn’t do that today, so we’ve got to learn from it and got to keep moving.”

The Rockets improved to 42-24, level with Utah for fourth in the Western Conference and just one game behind Denver. The Bucks fell to 54-13, still the best record in the NBA and six games better than reigning champions Toronto to top the Eastern Conference.

“I think our execution, our certainty in what we wanted to do wasn’t where it needs to be and that starts with me,” Milwaukee coach Mike Budenholzer said. “So, I think a lot of tonight’s on me.”

In the other feature inter-conference game, Jayson Tatum scored 34 points and Jaylen Brown added 30 to lead the Boston Celtics to a 128-124 win over the Portland Trail Blazers.

The San Antonio Spurs, powered by 21 points and 10 rebounds from Dejounte Murray, edged eighth-place Memphis 108-106 in a Western Conference game.

The result ensured a play-off spot for the Dallas Mavericks even before their 117-115 loss to the Phoenix Suns. It will be Dallas’ first post-season appearance since 2016.