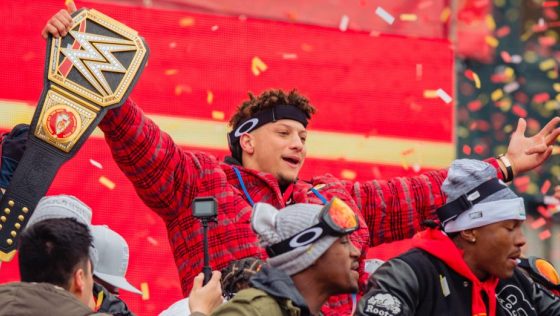 Hopefully, there will be a 2020 football season. Operating under the assumption (or at least aspiration), that pro football will happen, there’s no time like right now to stack up the various NFL teams from top to bottom, based on how they finished in 2019, what they did or didn’t do in the offseason, and where they currently are as the new season approaches.

This isn’t a prediction as to where the 32 teams will finish. It’s an assessment of where they currently are. Given the potential impact of the pandemic on the 2020 season, the teams that ultimately do the best on the field may be the teams who do the best job of keeping their players from testing positive for COVID-19.

1. Chiefs: The King of the Hill remains in the top spot until someone knocks them off. It helps that nearly every starter is back from the team that won the Super Bowl.

2. 49ers: Coach Kyle Shanahan quickly has established himself as one of the best coaches in football. He passed on a chance to swap Jimmy Garoppolo for Tom Brady in 2020. How well Garoppolo repays that faith in him will go a long way toward determining whether the 49ers can finish the job. First, they have to survive in the toughest division in football.

3. Ravens: Dominant in the 2019 regular season and loaded again for 2020, the Ravens’ biggest challenge will come in January, when the urgency to keep Lamar Jackson’s 0-2 postseason trend from becoming an 0-3 narrative will reach full boil.

4. Patriots: The only certainty amid so much uncertainty is that, whatever the rules or procedures or protocols for 2020, Bill Belichick will crack the code and win games. And he hasCam Newton. And Newton is apparently healthy and motivated.

5. Saints: Three years, three consecutive devastating postseason exits. They’ll go back to 0-0 and they’ll find a way to win a lot of games and they’ll try again, in what likely will be the final season of Drew Brees‘ career, to get back to the Super Bowl and win it.

6. Buccaneers: They had a 7-7 record through 14 games despite Jameis Winston‘s habit of throwing the ball to the other team. Swap out the NFL’s first ever 30-30 quarterback for the greatest quarterback of all time, and the Bucs suddenly become a major player.

7. Seahawks: They came within a play of winning the division last year, and they’ll once again be a factor in 2020. They could indeed knock off the 49ers, especially if Russell Wilson continues to perform like one of the finest quarterbacks in the league — even if not nearly enough people realize it.

8. Titans: After an unexpected berth in the AFC Championship game, the Titans coughed up the cash necessary to keep quarterback Ryan Tannehill and running back Derrick Henry on the team. To have a chance to build on their success in 2020, they’ll need both to stay healthy and effective. Given Tannehill’s history, that could be a roll of the dice that ends up in craps for Nashville.

9. Bills: Receiver Stefon Diggs gives quarterback Josh Allen an element he never has had, and it could be the ingredient that takes the team to the top of the division for the first time in decades.

10. Eagles: The good news for 2019 is that quarterback Carson Wentz stayed healthy for the entire regular season. The bad news is that few other players did. If they can avoid the injury bug in 2020, the Eagles can get back to the playoffs and make a run at another Super Bowl.

11. Steelers: Coach Mike Tomlin proved his value in 2019, nearly willing his team to the playoffs despite not having Ben Roethlisberger, Le’Veon Bell, or Antonio Brown. Ben is back this year, and the defense is becoming dominant. Questions remain as to whether Roethlisberger, who played only two games last year, can stay healthy.

13. Vikings: It’s a strange crossroads for a team that is sort of rebuilding and sort of reloading and sort of in the last couple of chances before a full reset to deliver a Super Bowl return for which the franchise has been waiting for 44 years and counting.

14. Packers: Last year’s record became exposed as overachievement when the 49ers steamrolled Green Bay in the postseason. Instead of building on that success, the Packers took a step back in the offseason, hopefully to eventually develop the same kind of offense that the 49ers have — one that will feature Jordan Love at quarterback before too long, and Aaron Rodgers quite possibly finishing his career elsewhere.

15. Broncos: With a potential franchise quarterback finally in the fold, the Broncos are building something much better than what they’ve had. If only they didn’t have to contend with the Chiefs in their division, Denver could be poised to become an elite team.

16. Colts: Philip Rivers becomes the Band-Aid to Indy’s future. The present remains uncertain, because it’s unclear whether Rivers can still get it done — thanks to seven interceptions thrown in a pair of prime-time games last season. If he still can perform at a high level, the Colts could be a factor in 2020.

17. Texans: What will be the consequence of blowing a 24-0 lead in Kansas City? The Texans and everyone else will find out. Deshaun Watson continues to be one of the best quarterbacks in football, but he may not have enough help around him to build on whatever it was that they achieved last year.

18. Browns: Last year, the bar was way too high. This year, it’s not. This year, the Browns have a head coach who may be far better prepared to run the team than Freddie Kitchens was. Maybe this will be the year that an 18-year playoff drought finally ends.

19. Falcons: A 6-2 finish after a 1-7 start plus a lingering nucleus of high-end talent could make them a surprise team in the NFC South, especially with so much focus on New Orleans and Tampa Bay.

20. Cardinals: The arrival of DeAndre Hopkins gives this team a significant bump. If the defense can hold up over the long haul, the Cardinals could finish a lot higher than where they’re starting.

21. Chargers: Tyrod Taylor has a winning record as a starter, and he’s never had a supporting cast like the one he has in L.A. The defense has significant potential, too, if the key players can stay healthy. In any other division, they’d be in much better shape to contend.

23. Rams: Todd Gurley? Gone. Brandin Cooks? Gone. Wade Phillips? Gone. A pair of first-round picks and a fourth-round pick for a cornerback who may soon be gone? Gone. The Rams have pinned their hopes to a quarterback who needs more around him than what he has to justify the contract he’s gotten. Two seasons after getting to the Super Bowl, the Rams could end up at the bottom of their division.

24. Jets: Like the Falcons, the Jets went 6-2 after starting 1-7. They remain overlooked and disregarded. Which could play right into their hands.

26. Dolphins: Unable to trade up for Joe Burrow, the team in perpetual search of a franchise quarterback has pinned its hopes to Tua Tagovailoa. If he can stay healthy, he has a chance. His inability to stay healthy at the college level creates real concern as to whether he can do it at the next level.

28. Bengals: But for Joe Burrow, they’d be at No. 32. If he plays like he did last year at LSU, they could end up being a lot higher than No. 28. The more likely reality is that this one will take some time.

29. Giants: Second-year starting quarterback, first-year head coach, offensive coordinator who was just fired as a head coach, defense that lacks significant punch, offensive line that remains a work in progress. Maybe it all finds a way to work. Maybe it doesn’t. (And, yes, someone has to be No. 29.)

30. Panthers: Matt Rhule has become an expert at reclamation projects. He’s got another one on his hands. Fortunately, he also has one of the best running backs in the NFL under contract for years to come. There’s a quick path to potential relevance, if they stay healthy and get a little lucky. (And, yes, someone has to be No. 30.)

32. Washington: They’ve got the right coach for the job. Now, if Ron Rivera can focus on coaching and not coming up with a new name or cleaning up Bruce Allen’s mess, maybe they can get to work on turning the franchise around.